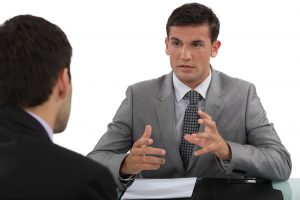 Our employee investigation team have acted for clients ranging from global motor manufacturers and FTSE 250 companies on bribery, corruption and fraud cases, local authorities in respect of allegations against their chief executives, and SME’s on both conduct and fraud.

Unusually, our lead investigator is also well versed in advising on employment, bribery and corruption, the law in relation to fraud and under the European data protection regime. This means that they know the extent of their powers, what is capable of being cloaked in legal privilege and what is not. And because they are well used to working outside of these legal silos you have a greater opportunity of getting to the bottom of any wrongdoing than someone who is focussed on a particular legal discipline.

In addition to undertaking investigations under UK regulatory regimes from the Serious Fraud Office (SFO) to the Financial Conduct Authority (FCA), they have also undertaken investigations for companies regulated by the Securities and Exchange Commission (SEC). A recent employee investigation into allegations of corruption for a tier one supplier to the automotive industry involved witnesses in the United States, Germany and China as well as the United Kingdom.

As a result of the above, whether your company has suffered a significant ‘event’ which you believe needs to be investigated, you require an investigation into suspicious activity, or you want to test or review your systems to ensure the risk such an event happens remains low, Heminsley are ideally placed to help support on your employee investigation.

Heminsley is a boutique law firm providing employment law advice & litigation, bribery & corruption support and related people services to employers, large and small, to help them to manage their HR and people risk.